Lao-tzu
Translated from the Chinese by Red Pine

HSUAN-TSUNG says, "Thirty spokes converging on a hub demonstrates that less is the ancestor of more."

CH'ENG HSUAN-YING says, "A cart, a pot, and a house can hold things because they are empty. How much more those who empty their mind."

WU CH'ENG says, "All of these things are useful. But without an empty place for an axle, a cart can't move. Without a hollow place in the middle, a pot can't hold things. Without spaces for doors and windows, a room can't admit people or light. But these three examples are only metaphors. What keeps our body alive is the existence of breath within us. And it is our empty, nonexistent mind that produces breath."

SUNG CH'ANG-HSING says, "In this verse the Great Sage teaches us to understand the source by using what we find at hand. Doors refer to a persons mouth and nose. Windows refer to their ears and eyes."

CHANG TAO-LING says, "When ordinary people see these things, they only think about how they might employ them for their own advantage. When sages see them, they see in them the Tao and are careful in their use."

HUANG YUAN-CHI says, "What is beyond form is the Tao. What has form are tools. Without tools we have no means to apprehend the Tao. And without the Tao there is no place for tools."

HSUEH HUI says, "At the end of this verse, Lao-tzu mentions both existence and nonexistence, but his intent is to use existence to show that nonexistence is more valuable. Everyone know existence is useful, but no one pays attention to usefulness of nonexistence."

Lao-tzu's "existence" and "nonexistence" are tantamount to yang and yin. There is no Kuotien text for this verse, and there are no significant textual variations, other than the omission in line seven of yi-wei-shih, "carved for a house" in both Mawangtui texts. Such an omission was, no doubt, a copyist error and suggests that neither text was actually used before it was placed in the tomb in which it was found, or it would have been corrected. Until recently, the people who lived in the middle reaches of the Yellow River watershed, where the Taoteching was composed, carved their houses out of the loess hillsides. As long as the ceilings of the rooms were carved in an arch, the compactness of the soil made support beams unnecessary. Thus, the only building materials needed were for doors and windows. 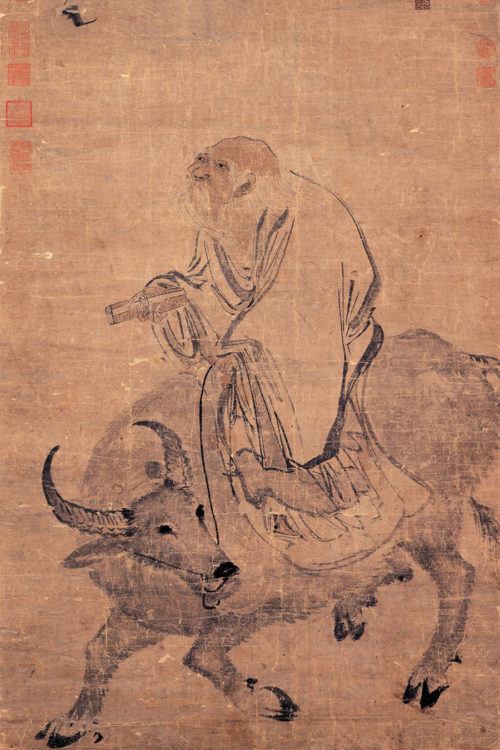 Lao-tzu was a native of Huhsien prefecture in the state of Ch’u. Nowadays, Huhsien is called Luyi. Lao-tzu was born there in 604 B.C., or 571 B.C., depending on which account of historians we accept. 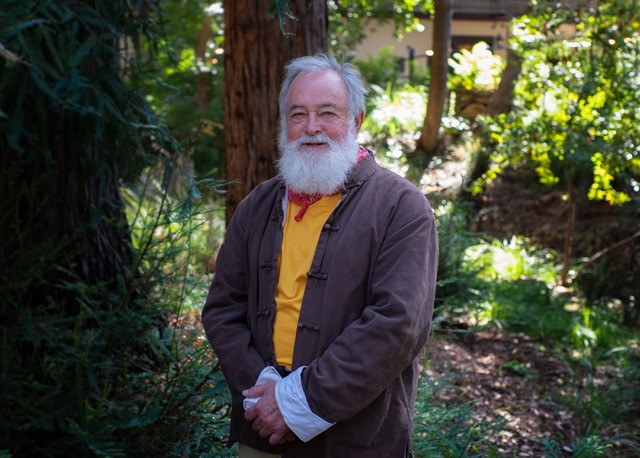 Bill Porter, who publishes translations from the Chinese under the name Red Pine, was born in 1943 in Van Nuys, California and grew up in Northern Idaho. After a tour of duty in the US Army 1964-67, he attended college at UC Santa Barbara and majored in Anthropology. In 1970, he entered graduate school at Columbia University. While he was in New York, he became interested in Buddhism, and in 1972 he left America for a Buddhist monastery in Taiwan. After three years with the monks and nuns, he struck out on his own and supported himself by teaching English and later by working as a journalist at English-language radio stations in Taiwan and Hong Kong. In 1993, he returned to America and has lived ever since in Port Townsend, Washington, while supporting himself as an independent scholar. 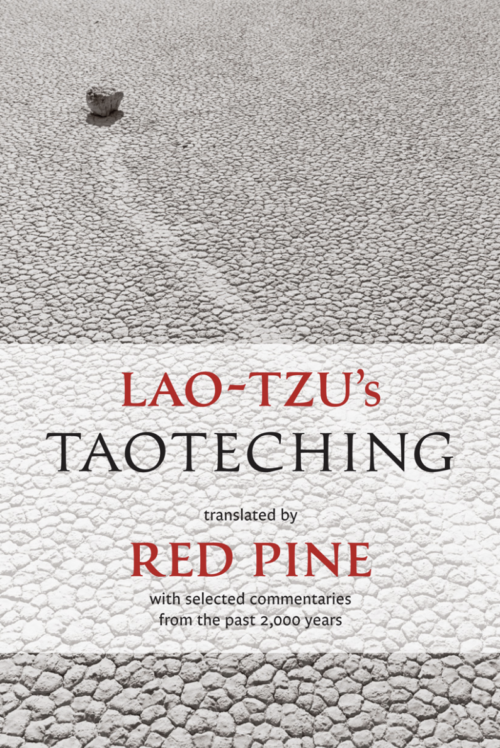 Lao-tzu’s Taoteching is an essential volume of world literature, and Red Pine’s beautifully nuanced English translation—updated and reissued, published with the Chinese text en face—is the most authoritative version of this important text. What distinguishes this volume is its commentary: here as well are the voices of scores of poets, monks, recluses, adepts, scholars, and emperors. More than a translation, more than a book of poetry or religious teachings, this edition gathers the wisdom, thought and individual voices, of its readers across millennia. “I envisioned this book,” Red Pine notes in his introduction, “as a discussion between Lao-tzu and a group of people who have thought deeply about his text.”

Poetry Daily Depends on You

With your support, we make reading the best contemporary poetry a treasured daily experience. Consider a contribution today.

Subscribe to our daily newsletter to receive the daily poem, poetry news and features, and related opportunities from our sponsors via email. You can opt-out or manage your subscription preferences at any time.